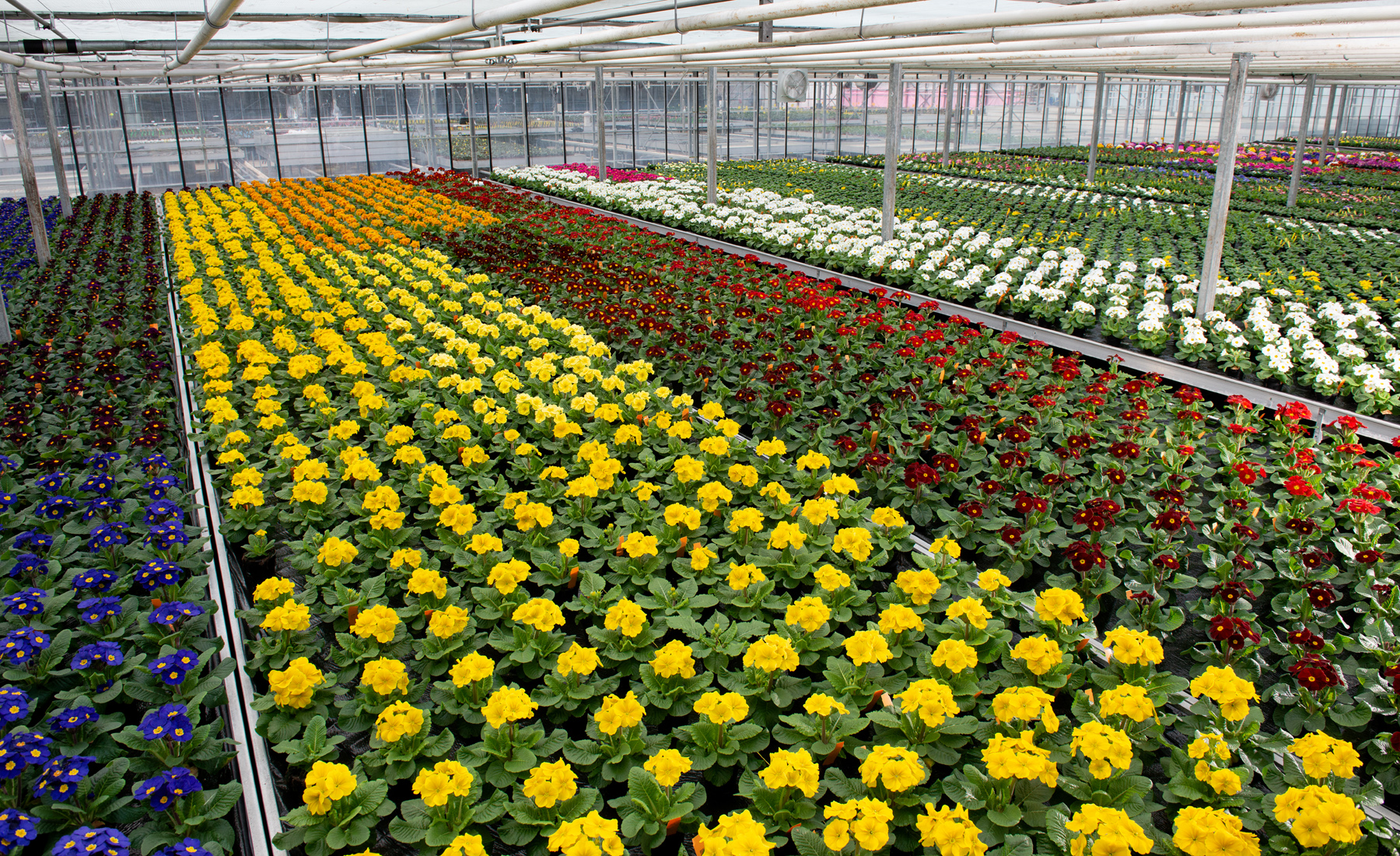 We started the year colourful with our Primula Paradiso Open Days. From week 3 until week 10 growers and young plant growers took a look in the greenhouses at the different Primula series. They did so both online and offline. Besides all colours of different series, there were comparisons with other products and technical trials.

Schoneveld Breeding is a pretty young, but fast growing, player in breeding Primula acaulis. One of the reasons is the easy production of Primula acaulis Paradiso. This product is extremely reliable and available in a broad and very complete assortment.

The main feature of Primula Paradiso is the evenly growth and compact plant shape. Next to that, it is a uniform product in growth and flowering within and between different colours. Remarkable is the minimum need for growth regulators combined with the excellent shelf life. Due to this, Primula Paradiso is a sustainable product with a great future ahead.

In the greenhouses, Paradiso Early was easy to recognize because of the beautiful, round shaped leaf. An other main feature of this series is the uniformity in growth and flowering combined with the compact plant shape. To induce flowering, there is little to no cold treatment necessary. The optimal sowing weeks are week 30 until week 38. There are 10 intense colours available.

Paradiso Mid is known for the uniform flowering and growth on colour and in mix. This series asks for just a little cold treatment to induce flowering. The best sowing weeks are week 34 until week 39. Paradiso Mid is available in no fewer than 15 colours.

Last but not least there is Paradiso Late. This flowers the last and is known for its uniformity in growth and flowering. Paradiso Late needs a cold treatment to induce flowering. Potting weeks 36 until week 40 are the best for this series. The plants are available in 10 bright colours.

Visitors to the open days also took a look at Primula Paradiso Perola. This polyanthus is known for its short, strong and uniform flower stems combined with an excellent shelf life. Growth and flowering of these colours Perola are very closely tuned. Due to that, the series is clearly recognizable as such. For this moment, there are 7 colours available that could be best potted between weeks 34 and 39. Perola is suitable for middle to late season.

We are a company known for constant innovation. That means there are always new developments going on within different series.  Like the improvement of Paradiso Mid Yellow and Mid White. Both colours flower faster. Besides that, Mid Yellow has a darker leaf, while Mid White has a better plant shape. Besides that there is a new colour in the assortment: Mid Lemon. This fresh colour supplements the existing assortment and will replace the colour Light Yellow.

We also like to offer added value. Therefore, they we up a comparison trial. In this, visitors could see Early, Mid, Late and Perola next to products from other breeders. In this way, a clear overview of different products on the market was available.

Besides that, there were technical trials for the open days. A main topic is the search for alternative growth regulators for Primula acaulis. Because Tilt (propiconazol) is not available anymore and less and less growth regulators are allowed, the need for other options grows. We set up trials with both young plants and pot plants to investigate alternative solutions. More information about these trials is available via the Growing Support department.

For more information you can contact your area manager or growing supporter via this button.