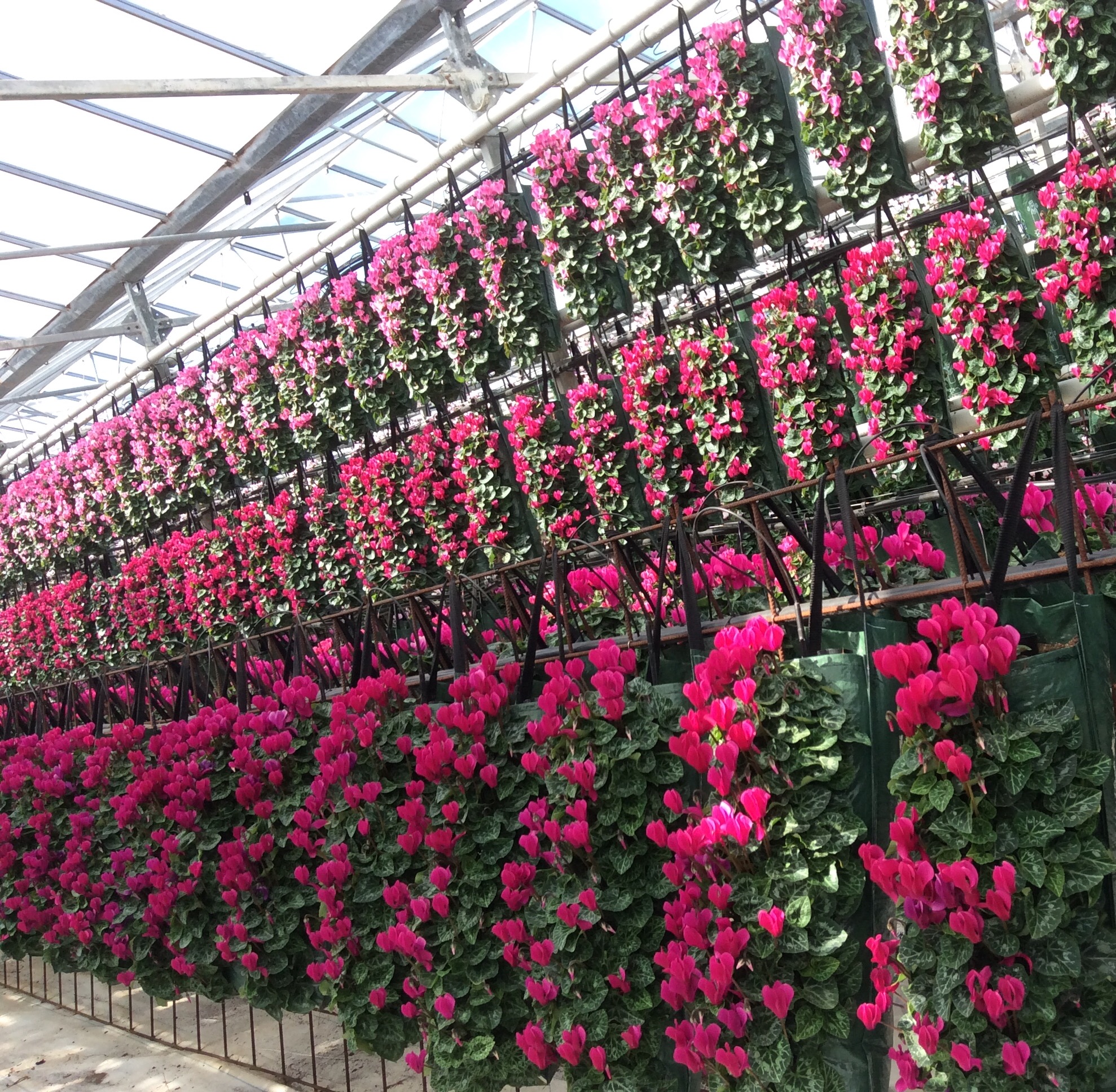 MORE of a good thing…

A sunny day in late August.
After fighting heavy traffic, I arrive in picturesque ’s Gravenzande much later than planned.
I find Bert & Ada van der Meer’s place of business flush against the dunes.
They used to run their own horticultural enterprise together, but they sold it in 2008.
After various totally different jobs, they gave in to the itch again, thank goodness … !

Bert and Ada began producing flower pouches. Those are wall hangers filled, depending on the season, with pansies, bedding plants, begonias, petunias, portulaca and much more. This time of year, August and September, the accent is on cyclamen. 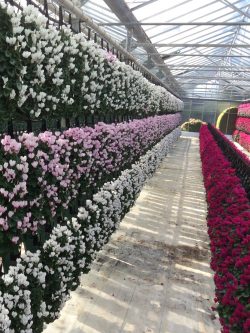 The walls are covered with flower pouches, walls verily exploding with bursts of flowering cyclamen in different colours. From white to deep dark purple, from pink to red. It is a glorious sight and also a pleasure to listen as Ada animatedly describes their product’s special features. The assortment and colour combinations, the testing of new plants.
And of course, the flower pouches themselves, with their smartly designed pockets in which the plants can develop to maturity in just the right potting soil mix.
She sparkles with enthusiasm …! 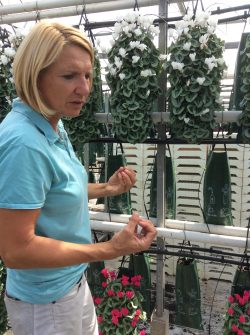 While Bert has dedicated himself mainly to cultivation, Ada has actively worked to position their product in the market, and with considerable success.
Their flower pouches can now be found at a variety of regional garden centres, such as “De Bosrand”, and at garden supply chains such as “Tuinwereld”, “Tuinland”, “Groenrijk” and “Ranzijn”.
It’s very likely that their flower pouches will find their way to Germany too.

For me it was nice to see a large assortment filled with Veranda Selections cyclamen, a line that includes only cyclamen proven to be “best in test” for outdoors. More than nice, because Bert and Ada could also appreciate the quality they represent in flowering consistency.

Once at the garden centres, the flower pouches are attractively arranged on column displays, so shoppers get their full effect at a glance.
The label on the pouches clearly indicates how the plants should be watered, simply by placing a 1.5 l plastic bottle in the water pipe on top. Hold it there for just a moment, until the bottle empties. The water enters the pouch and is released to the plants in exactly the right amounts. Any excess water simply drains out.

This Netherlands-based business could not have chosen a better name.
Because the “MEER” in MEER Flower Pouches not only stands for the name of the owners. In Dutch “MEER” means “MORE”, in this case signifying more quality, more passion, more added value and therefore more flowering enjoyment…

I returned home with a warm feel of gratification – and of course with a flower pouch overflowing with cyclamen. Every other day, depending on how warm it is, I give it a bottle of water, and every time it catches my eye I feel a tingle of joy.
Joy at the sea of flowers, and because I know the story and the people behind it…

And yes … I already know that this flower pouch won’t be my last, after what I’ve seen… Soon the first autumn pansies will show. I’ve already spotted some of the buds shyly peeking out, but that is for later…

For MORE of a good thing… 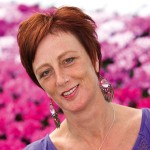